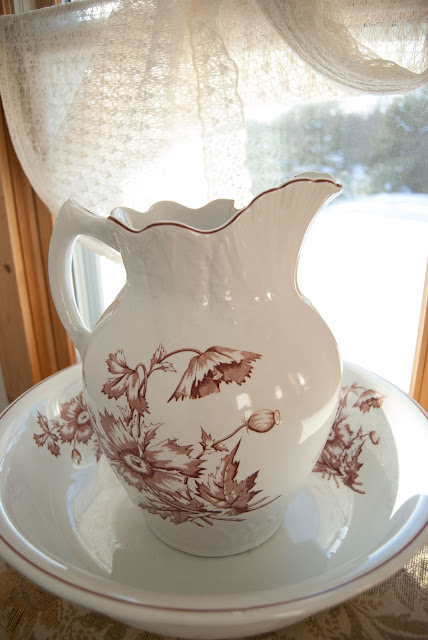 In which thrift stores do you find your best stuff? If you're smart, you're probably not tellin'.

I have favorite thrift shops in every city I visit. Over Christmas break I found this three piece, brown transferware bowl and pitcher set at St. Vinnie's in Drayton Plains, Michigan. It is marked in script "Virginia" on the bottom of each piece. The pitcher has a good chip on the rim, but the bowl is nice. The small cup on the window was a bonus.

The set was marked $25. Since it had sat unsold in the store since October, it was marked down 25 percent. It cost me less than $20 including sales tax. I just liked it....so it came home with me. :-) 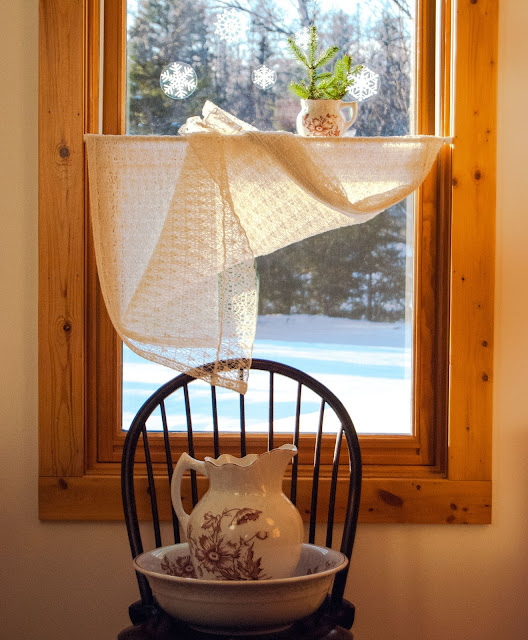 Now for my secret: If you're ever in the Pontiac area, be sure to check out the St. Vincent dePaul store on Dixie Highway in Drayton Plains and also The Salvation Army on North Perry Street in Pontiac. Sadly, I only get down that way a few times a year, so I won't mind if you snap up the bargains!